A Dialogue with Daphene – Part 1

Your Relationship with John Shelton Wilder

Based on all of the documentation and recorded interviews Clear Lens Publishing, LLC.  has accumulated over the last 4 years, it seems clear that your father, Mr. John McFerren, had an extremely volatile relationship with the former Lt. Governor of Tennessee, John Shelton Wilder.

Not only did Mr. Wilder represent Emma Jean Frazier in a lawsuit against your father, but he was also the attorney and friend of Frank C. Liberto, the very man your father overheard on April 4, 1968. In addition, it is no secret that Mr. Wilder often called your mother, Mrs. Viola McFerren, to encourage her to leave and eventually divorce your father. This telephonic effort by Wilder to sway your impressionable mother became so heated at one point that your father gave federal authorities permission to tap his own phone in order to record these supposed conversations. Finally, according to a recent interview conducted with your father, it was his claim that Mr. Wilder assisted you in your efforts to enter either Yale or Harvard, or perhaps both, by writing you a recommendation letter.

In light of this decades-long feud between your father, Mr. John McFerren, and Somerville attorney and Lt. Governor, John Shelton Wilder, the editors at CLP, LLC. would like to give you the opportunity to explain for the record what your relationship was like with the former senator from Fayette County. 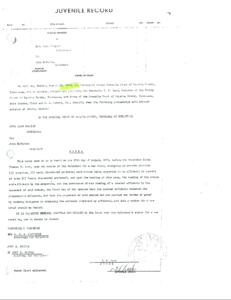 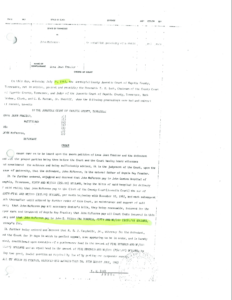 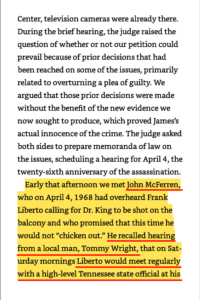 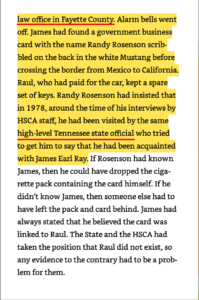