Randall Stephens’ next indication that the McFerrens and FBI were on opposing sides came by way of a 2010 Memphis Commercial Appeal news article. Written by investigative journalist Marc Perrusquia, the shocking story revealed that famed civil rights photographer Ernest Withers had been paid by the FBI for well over a decade to spy on his friends and fellow activists. As an African American and confidential informant living in Memphis, Withers secretly provided the FBI with photos and intelligence on organizations led by his closest allies. Among the countless leaders he spied on were those living in Fayette County.

Eventually, Stephens obtained and examined several declassified documents outlining private conversations between the once prying Withers and an unwitting John McFerren. From 1961 on, Withers regularly spoke with the McFerrens and other Fayette County activists about public and private matters, and then relayed those conversations to Special Agent William H. Lawrence at the FBI field office in Memphis. 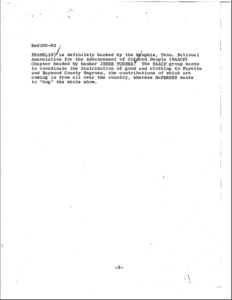 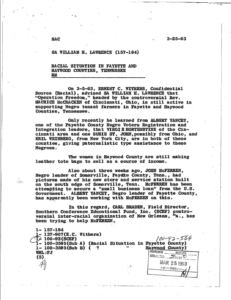 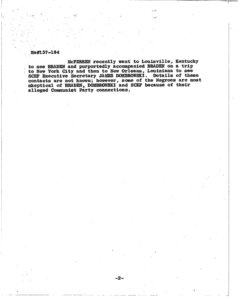 For more information on Ernest Withers or to purchase the complete set of these previously classified FBI files, visit www.ErnestWithersFBI.com