John McFerren continued his account that April 8 morning by advising Frank Holloman and the other investigators that on the next day after the shooting, McFerren’s wife Viola noted that a description of the suspected assassin had been published in the Memphis Commercial Appeal newspaper. After reviewing the sketch artist’s rendering of the unknown assailant and listening to Viola read the description, McFerren immediately believed that the man depicted was a former employee at the 814 Scott Street warehouse.

According to McFerren, the suspect first began working for the heavyset man at the LL&L Produce Company sometime in the summer of 1967. He also went onto state that the former employee was a cross between an Indian, a Cuban, a Mexican, or a Puerto Rican, exhibited a “very yellow complexion”, and that he had contracted on his neck what McFerren described as “jungle rot”. McFerren then claimed that the suspect was not 5’6” as described in the newspaper but was in fact 5’9” or more, weighed 140 lbs., had a slender build, and was approximately twenty-five years old. McFerren concluded his April 8 interview with the MPD and FBI by stating that out of fear, he had only revealed his beliefs to his wife Viola and their family friend Baxton Bryant whom he confided in at approximately 7:00pm on April 7. 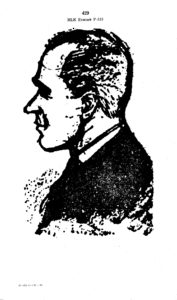