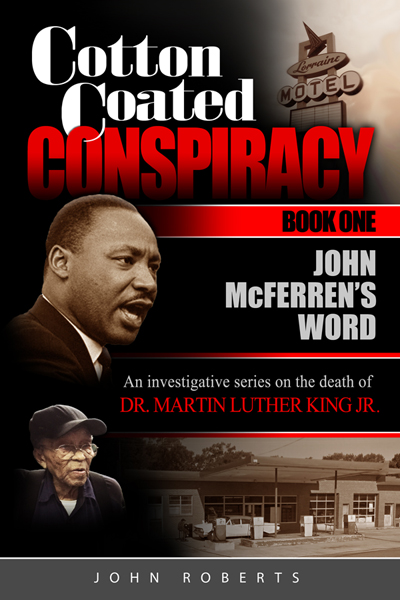 In Cotton Coated Conspiracy, Book One: John McFerren's Word, true-crime enthusiasts are treated to a behind-the-scenes look at one of the most enigmatic players in the MLK assassination, Mr. John McFerren. As the result of a six-year investigation, every detail of what Mr. McFerren saw and heard from 1967 to 1968 is outlined within this compelling narrative. Did James Earl Ray work in Memphis in 1967 for a man named Frank C. Liberto? Who was paying James Earl Ray throughout his year-long journey? Was Memphis or neighboring Fayette County the home to any potential conspirators? In this jaw-dropping first installment in the Cotton Coated Conspiracy book series, readers are given the essential bread crumbs to come to their own incredible conclusions.